DANIEL SCHWARTZ is a filmmaker, photographer, and researcher. He currently works as Managing Director of Urban-Think Tank (U-TT) Films at ETH Zurich and is the co-founder of their spin-off production company, Gran Horizonte Media. Two of his films will be presented at the film days: GRAN HORIZONTE: AROUND THE DAY IN 80 WORLDS and MUMBAI: MAXIMUM CITY UNDER PRESSURE all center around the newest research of U-TT on informal urbanism. The lecture will contextualize the films and give an insight into the studio’s latest research findings and projects.

DANIEL SCHWARTZ studied sociology and media at the University of Pennsylvania and visual ethnography at the University of Botswana. With a background in journalism, his photography and writing have appeared in numerous publications, such as The Guardian, New York Times and Dissent Magazine. His films have been screened and broadcasted internationally, such as at the Venice Biennale, MoMA and Al Jazeera.

URBAN-THINK TANK is an interdisciplinary design practice dedicated to high-level research and design on a variety of subjects, concerned with contemporary architecture and urbanism. The philosophy of U-TT is to deliver innovative yet practical solutions through the combined skills of architects, civil engineers, environmental planners, landscape architects, and communication specialists. In 1998, Alfredo Brillembourg and Hubert Klumpner founded U-TT in Caracas, Venezuela. With other offices in New York and São Paulo, U-TT has been based in Zürich since 2010, incorporated into ETH Zurich (The Swiss Institute of Technology). The collective’s work concerns both theoretical and practical applications within architecture and urban planning. Working in global contexts by creating bridges between first world industry and third world, informal urban areas, they focus on the education and development of a new generation of professionals, who will transform cities in the 21st century. They have been awarded the 2010 Ralph Erskine Award, the 2011 Holcim Gold Award for Latin America, the 2012 Holcim Global Silver Award for innovative contributions to ecological and social design practices, and the 2012 Venice Biennale of Architecture Golden Lion. 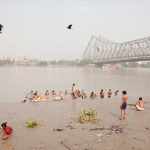 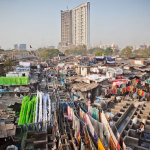 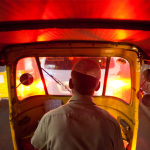 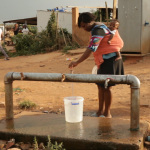 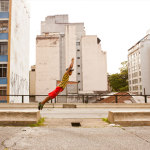 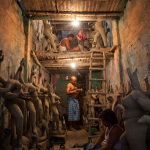 at the Budapest University of Technology and Economics (K Building, Room 275)