How long can one hide behind the guise of sustainability while the aim is unscrupulous increasing of profits? The director Bálint Révész traced down that semi-illegal logging was taking place in the land of the indigenous peoples of Borneo, and part of the wood was used for the Tokyo Olympics, promoted as the greenest one of all time. Borneo is home to one of the largest contiguous rainforest areas on Earth, and the effects of large-scale logging on its communities and ecosystem are disproportionately devastating. The creators reached the big green companies and the world’s leading sporting event as the end-user of exploitation by involving indigenous people, addressing experts and studying documents. 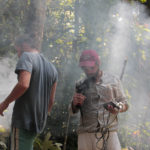 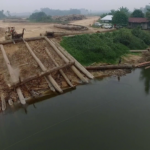 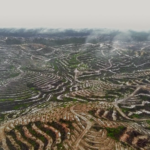 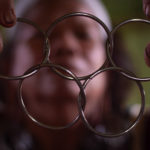 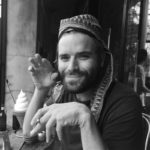 Balint Revesz is a director and creative producer from Hungary. He’s the founder of the London based Gallivant Film collective focusing on international co-productions. He is a long term collaborator of the Budapest based Elf Pictures production house and distributor. His praxis reflects on the private point of view which can change the grand narratives around universal issues always questioning the status quo. He focuses on making films about controversial subject matters, using challenging methods. His debut feature documentary, multiple award-winner GRANNY PROJECT, was 7 years in the making ANOTHER NEWS STORY, about journalists documenting the refugee crisis, was filmed across seven countries. His latest projects, a coming of age story which is being filmed more than 10 years, have won pitching forums like East Meet West at Sarajevo, FIPA Doc or Verzió Doc Lab and were presented at Sunny Side of the Docs, CPH:Forum and Ex-Oriente among others

Writer: Angus MacInnes (UK) is a dedicated anthropologist and human rights activist who has been working  with remote Dayak communities since 2014. He is a published author. His academic papers has been showcased in numerous respected international journals including Perspectives in Ecology and Conservation (PECON) and Natureza & Conservação (Brazilian Association for Ecological Science  and Conservation). His currently being used as a reference in ongoing communications with the United Nations on behalf of Forest Peoples Programme. 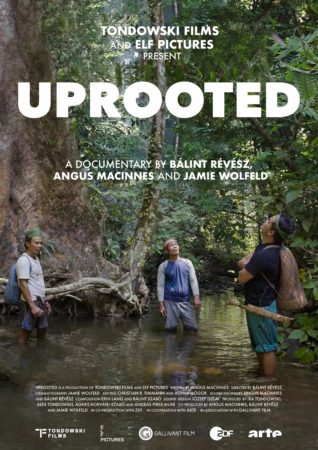