Marseille, an open city with a third of housing in closed residences, surrounded by barriers or walls. Sarah lives on the edge of Coin Joli, a suburban neighborhood that used to be free to cross but its streets have been progressively blocked. Determined, she is committed against these closings that are spreading like a domino effect, generating detours and conflicts. The viewer is immersed in this little part of the city that shows another Marseille, that of tomorrow, in an unstable balance between individual aspirations, private property, and the desire for a city open and accessible to all. 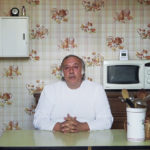 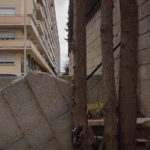 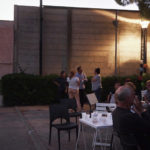 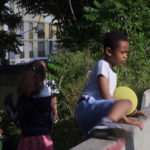 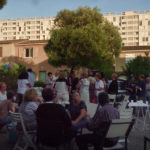 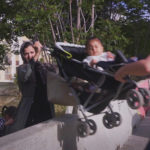 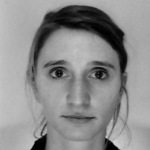 Marie-Noëlle Battaglia (1986) is a French director. She studied human sciences, specializing in issues related to the city. She entered CREADOC in Angoulême in 2013 to train in writing and directing radio and video documentaries. Sound and image then become her preferred mode of expression for telling stories of social realities, life, or even spaces. Her documentary work explores urban issues, territorial appropriation, migration, and even precariousness. In addition, Battaglia is a member of the Panthère Première review, a semi-annual review of social criticism. Documentary filmmaking appeared to Battaglia as a way to extend her training in political science. Fascinated by the challenges linked to the city and working-class neighborhoods, the genre has become for her an exploratory tool of the contemporary world.