Silence – Voices of Lisbon is a documentary set amongst the backdrop of a gentrified Lisbon. Following the footsteps of Céline – a local foreigner who has lived in Portugal for 20 years – we are introduced to Ivone Días and Marta Miranda, two female artists from different generations who fight for the survival of their art and their community. Their common language is Fado, a traditional style of music that talks about the daily struggle of living. With the lyrics of fado songs taking us through the story, the film explores the relationship between fado singers and the ever changing world around them. As Lisbon’s old city center transforms into a trendy tourist hotspot, the “fado” songs and their lyrics become more relevant than ever in describing the people’s pain over the loss of their culture. 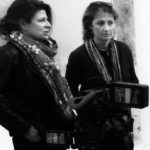 Judit Kalmár, An economist and journalist by profession, Judit Kalmár has started her media career as editor and reporter, and worked at different Radio and Tv Stations in Hungary for more than a decade. She worked in various news departments and provided short feature documentaries for the National Television. She started her independent filmmaking career by establishing Codebar Productions, a production company, where she self-produces short films for companies and non-profits, and has also started making documentaries with the contribution of some excellent professionals in this field. She has worked on a wide range of topics, she is interested in political and social issues just as well as cultural topics. She spent two years living in Portugal, it has been a major inspiration in her work while co-directing the documentary Silêncio – Vozes de Lisboa.

Céline Coste Carlisle obtained her degree in Art and Mixed Media at the ESAV, in Geneva, having started experimenting with cinema and video art as part of her academic practice. She was part of the team of the Geneva Opera House, where she worked with some of the industry’s legendary set and light designers like Hiroshi Teshigahara, Pier Luigi Pizzi and Wolfgang Göbbel. She moved to Portugal in 1999 and her project of collecting and photographing collages of plastics washed up in the tide at Guincho beach won acclaim from the Tribune De Genève art section. Over the years, she has developed her artistic practice and shown her paintings in several collective exhibitions. In 2018, she took part in the “Triple Grace” exhibition at Lisbon’s Pálacio da Independência where she exhibited her newest work inspired by the making of the documentary “Silêncio – Vozes de Lisboa”. 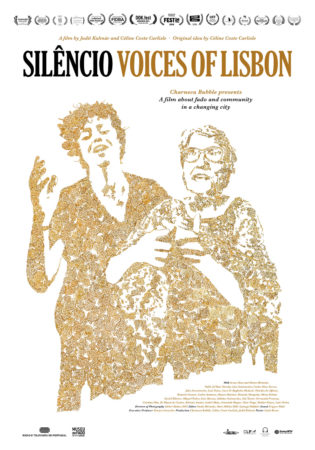